Captain Matthew Flinders named Thistle Cove in 1802 after the ship’s master John Thistle. Exploring the southern coast in HMS Investigator, Flinders was pleased when Thistle discovered a source of fresh water here. Low-lying areas on the coastal plain are dotted with small freshwater wetlands which support distinctive community of plants and animals.

These freshwater sources were also important to traditional Aboriginal people who camped here during seasonal journeys to and from the coast.

Natural features near Thistle Cove are connected to Mandooboornup (Frenchman Peak) in an Aboriginal Dreaming story.

Enjoy a picnic (some tables are provided) and explore marvellously sculpted rock formations that capture the sounds of the wind and waves.

Explore the walk trail around Thistle Cove and walk to the magnificent Lucky Bay and in season enjoy a kangachino and if you are really lucky see the Kangaroo on the beach that has been so extensively photographed.  Swim, dive, snorkel or just walk on the whitest beaches you can imagine - or drive along the beach if you have an adequately prepared 4WD and the weather and beach conditions make it safe to do so!

To get a google map and driving directions from the Hospitality Esperance Motel to this area click here and see the google map for the immediate area below. 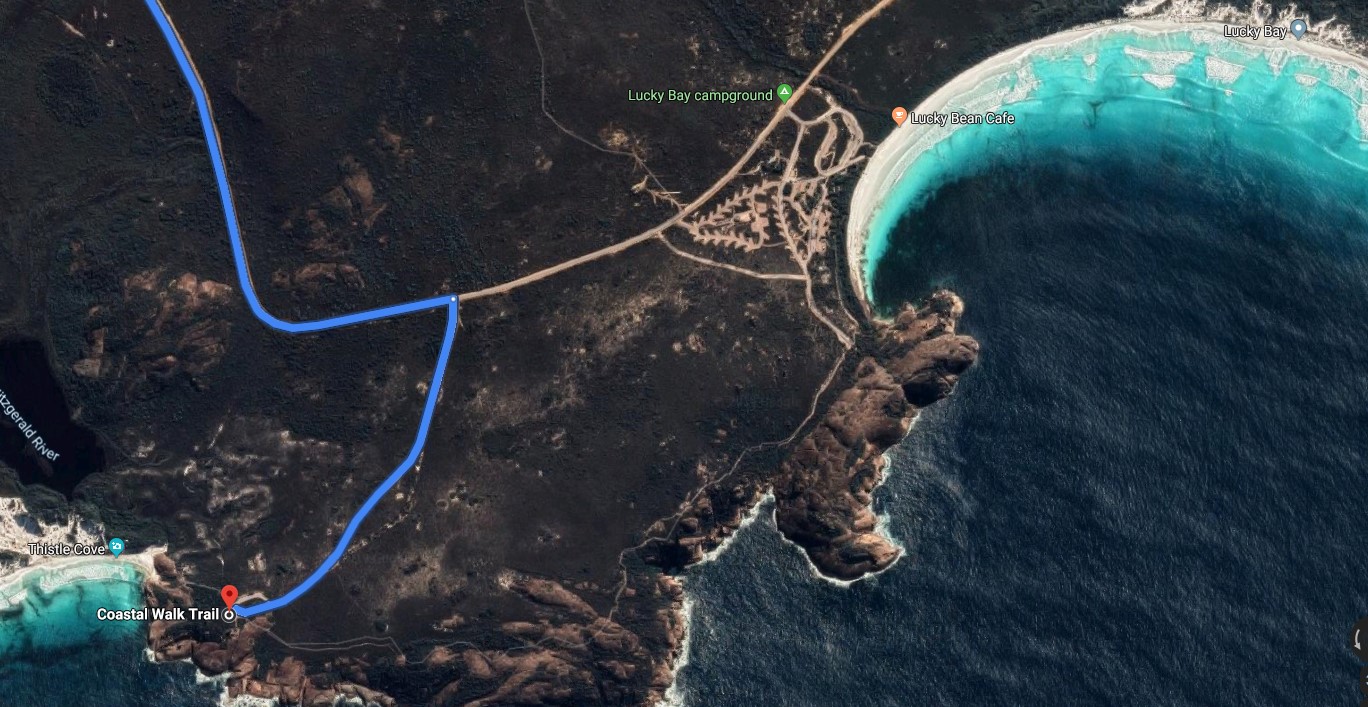