Esperance, known as the 'Bay of Isles', lies along the southern coast of Western Australia, 721km from Perth and is part of Australia's Golden Outback. This busy port and tourist town has some of the best coastal scenery in Australia; its snow-white secluded beaches, beautiful National Parks and many islands of the Archipelago of the Recherche provide a myriad of alluring locations to explore.

Esperance retains much of the laid back quality of life that country people enjoyed in the 1950s but this city was brought right up to the minute in the 1970s when part of the Space Programme of the United States of America landed in the region. That unique piece of world history is housed alongside old farming implements in the Esperance Museum. 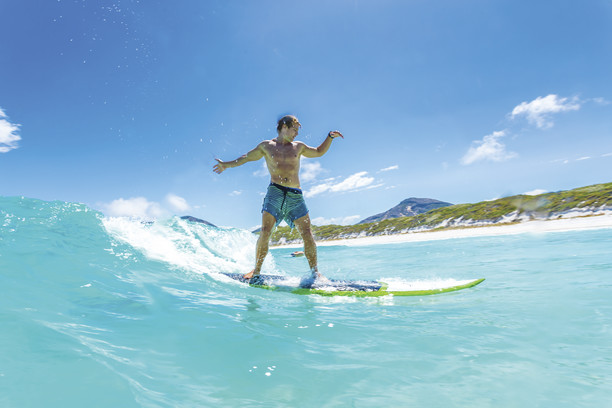 Many of the places and features surrounding Esperance are named after French navigators.

In 1792, D Entrecasteaux used Esperance Bay for shelter during a massive storm, naming the town after his vessel. The first settlers drove stock overland from Northam, northeast of Perth, in 1863. The town grew with the development of the Overland Telegraph in 1876 and boomed as a gateway town for provisions for miners in Coolgardie and Kalgoorlie in the 1890s gold rush. However, it was not until the 1950s that the Esperance Downs Research Station was set up just north of town, that the town really began to progress.

Esperance has a Mediterranean-type climate with warm, dry summers and cool, wet winters. It is subject to wide variations in the weather, from hot summer days when northerly winds arrive from the interior of the state, to cold, wet winter days with southerly winds from the Southern Ocean.

The annual average rainfall is (619 mm) and occurs between May and October. July is the wettest month with an average of 99.7 mm.

January and February maximum temperatures average 26°C, although temperatures above 35°C occur about 11 times each year. Such high temperatures are usually followed by a dramatic cool change when the winds shift to the south and drop the temperature by up to 20°C.

Winter daytime maximum temperatures average 17-18°C although it may be somewhat colder when strong southerly winds follow a cold front. 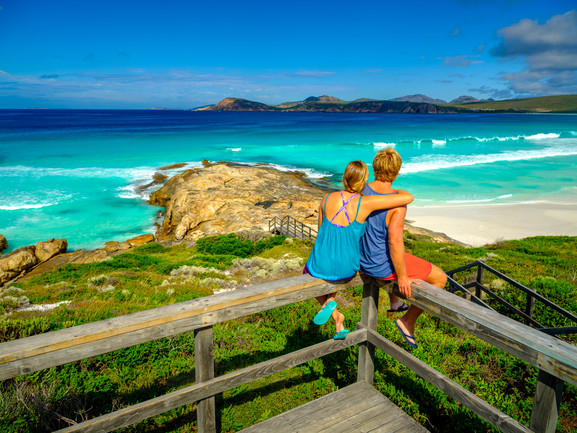